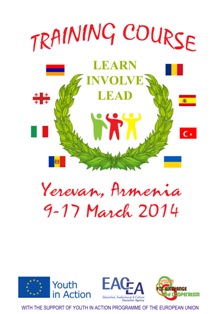 took place in Tsaghkadzor,Armenia from 22-28 Oct 2013.
It involved 31 participants from Armenia,Georgia,Moldova,Bulgaria,
Croatia,Poland.
The main aim of the project was to create space for intercultural
dialogue and to promote tolerance and mutual understanding.
Participants were involved in different activities: games,
team works,discussions,brainstorming,
creative workshops: graffitti,newspaper,video,wood craft.
There were organised international evening
s which helped
to learnmore about other cultures and countries.
Participants had a chance to know also the culture of the hosting country by visiting some sights
and having dinner in traditional restaurant.
Participants had a task to interview local people asking them:if they feel European,
and what is  Europe for them.
The added value of the youth exchange was that we had 2 participants where deaf and
hard of hearing,and they integrated in the group and tried to teach the sign language.
Above all this of course all participants had a nice time and a lot of fun.
More info on the blog: http://interculturalbridges4unitedeurope.blogspot.com/

THE PROJECT WAS FUNDED WITH THE SUPPORT OF THE YOUTH IN ACTION PROGRAM
OF THE EUROPEAN COMMISSION.

The TC "European Citizenship for All" took place  in Tsaghkadzor,Armenia from
14-22 October 2013.The project involved   27 participants  from Armenia,Georgia,Ukraine,Moldova,Italy,Spain,Croatia,Turkey,Romania plus the support staff. 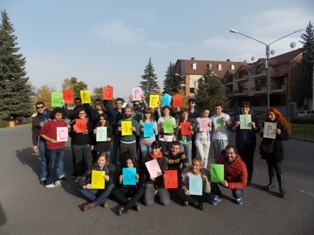 The main  aim was to  encourage the young people to become actively involved
in the process of European integration as wells as to support the development
of youth NGOs in Europe by extending knowledge and competences
to integrate European Citizenship within youth projects.
Since  the 2013 has been designed as European Year of Citizens we tried
and  to raise their awareness about the  importance of being  active citizen .
During the 8 days  TC the participants were involved in different activities
such as discussions about the EU citizenship,
brainstorming,group works,role games.The participants had also the opportunity to present their own
culture during the intercultural evenings.As well as there was opportunity to learn more about the culture
and history of the hosting country,as we organised excursion to the historic places of Armenia, participants visited
Yerevan-the capital of Armenia, and spent an evening with traditional dinner in Armenian restaurant.
Participants also had chance to meet the Mayor of Tsaghkadzor and to discuss about Europe and active citizenship.Also  there was opportunity for participants to  create their own projects which will hopefully be developed further.

THE PROJECT WAS FUNDED WITH THE SUPPORT OF THE YOUTH IN ACTION PROGRAM
OF THE EUROPEAN COMMISSION. 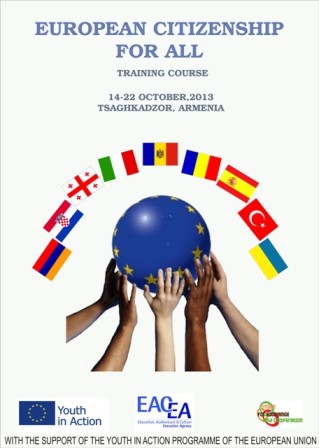 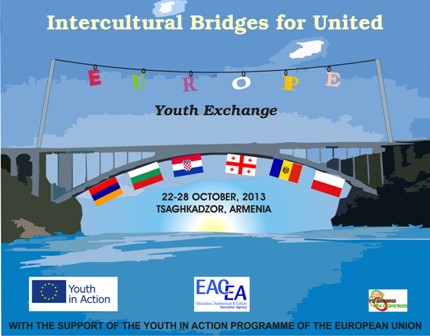 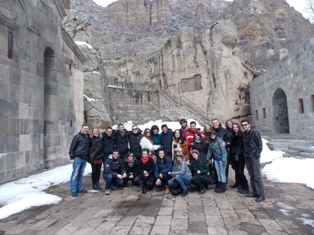 During the training topics on discrimination, social exclusion,
promotion of values and goals of volunteerism and importance of it
in society (which make youth participation more effective and
powerful in social life), as well as issues that face youth in different communities
such as youth unemployment,underdeveloped educational system, poverty, use of drugs and alcohol have been discussed.

With the help of different games, group discussions and other tools of non-formal
education youth tried to suggest their own solutions and develop projects for the
mitigation of the impact of these negative events.

The other important part of the Training were intercultural exchange,
which helped to foster international cooperation and raise mutual understanding.
Participants had an opportunity to present culture, customs and food of their countries.

During a special evening the participants presented their organizations and their activities in
the community life,as well as their own volunteering experience.
In addition Youth in Action Program in general and European Voluntary Service have been presented.

The PROJECT WAS FUNDED WITH THE SUPPORT FROM
THE EUROPEAN COMMISSION. 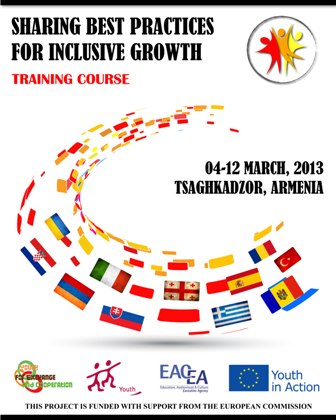 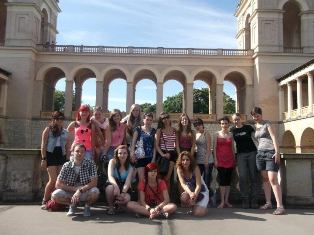 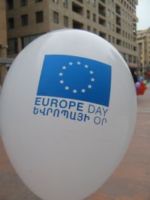 "Youth for Exchange & Cooperation" participated in the celebrations of
Europe Day in Armenia, which was organised by EU DElegation to Armenia.
The were organised many activities such as informationa fair on European culture
and EU-Armenia cooperation. Some people participated in the Europe quiz
and contests, the winners could taste various European dishes.
Polish and Lithuanian folk ansambles performed traditional dances.
The guests of the event had a chance to address their questions about
EU-Armenia cooperation to the ambassadors of EU countries. 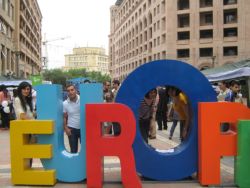 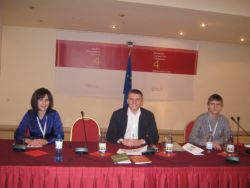 "Youth for Exchange & Cooperation" participated in the
Eastern Partnership Platform 4 in Yerevan, Armenia.
The activity was organized by the European Commission in cooperationwith the Ministry of Sport and Youth Affairs of Republic of Armeniatogether with the SALTO Eastern Europe and Caucasus Resource Centre.
It was a very productive activity, as it introduced the new
opportunities offered by the Youth in Action Programme
and the Eastern Partnership Youth Programme to support
exchanges, cooperation and capacity-building in the youth field
in the Eastern Partnership region, as well as to encourage the
development of concrete project ideas.
There were around 100 participants including youth workers, practitioners
and institutional representatives from the six Eastern Partnership countries,
also representatives from the Youth in Action Programme Countries.
During the 3 days there were workshops about Youth Exchanges and EVS,
Training & Networking, How to participate in the Eastern Partnership Youth Window,
How to develop the recognition of non-formal learning.
There was organised also NGO fair, were the participants had
opportunity to find new partners for the future cooperation.

IN DACHAU , GERMANY!
Application is open !!!

The next International Youthmeeting Dachau will take place from
July 28th - August 10th 2012.
About 100 young people from all over Europe will get together
for 2 weeks and will get involved in the discussions and different
workshops about the current problems of discrimination and racism.
.
They will have opportunity to learn about the history of Holocaust,
to meet the Holocaust survivors and hear the real stories
and ask questions.

Participants will also have chance to visit historic sights,

there will be excursion to Munich and of course

social evenings, where the participants will learn about

Don't miss your chance, if you want to have

unforgettable experience, hurry up to apply ! !! 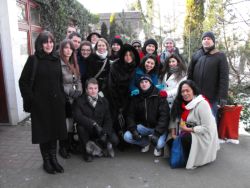 The European Citizenship Training Course was organized by the network
of National Agencies of the Youth in Action Programme and
the Partnership between the Council of Europe
and the European Commission, and hosted by the German NA.
The aims of the training course were to encourage the development of a critical,
democratic and creative European Citizenship as an active social,
political and cultural role to construct a shared Europe and in doing so,
to support the implementation and quality of the Youth in Action
Programme of the European Union.

For  one week 20 youth leaders, youth workers from Germany,

Serbia,Kosovo, Albania got together in Berlin to discuss the concept of European Citizenship,

non-formal learning and the possibilities of Youth in Action Program. 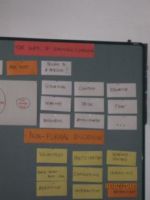 There was also organised  NGO Agora  where all the participants

had opportunity to present their NGOs, and find  partners for future projects.

We also had interucltural evening, where we learnt a bit of each culture and

tasted traditional food from each country,and of course possibility

to discover Berlin and German culture.